“iRest gave me a foundation—the practice—to get through my health issues and to grow strong and live a long full life, building a new house from the ruins.”  —Valerie Kunimoto

What remains when life seems to collapse? To answer, we must first look within. The human body holds precious information that’s ours for the asking. In a recent iRest sangha session, Director of Teachings Stephanie Lopez offered a comforting reminder of our innate ability to harness observation, breath, and movement to build an Inner Resource, or indestructible ground of well-being.  Today, meet an iRest practitioner and teacher who credits this strong sense of foundation with helping to support her health during a trying time. Then, step into the sacred construction zone and work on building an Inner Resource of your own with a free meditation.

When she was diagnosed with acute myeloid leukemia in 2015, Valerie Kunimoto seemed to be in otherwise good health. While she had previously managed fibromyalgia, she had also taught yoga for more than 30 years and maintained an active lifestyle, physically and spiritually. Yet the cancer brought new challenges—from the physical trauma of chemotherapy to the mental challenge of an uncertain fate.

A longtime practitioner, Valerie cites iRest as instrumental in helping to manage her recovery. (She is now in remission.) Attending an annual retreat with Richard Miller, Valerie realized how powerful the practice had truly been: "I had a vision of an old house barely standing, that started to crumble down into dust. Arising out of that dust, a beautiful, steel/gold looking house foundation came to life, looking shiny, strong and new. I really felt that iRest gave me this foundation... the iRest Yoga Nidra practice is extremely beneficial to people going through difficult situations."

Tell us who you are and something about yourself.

I’m Valerie Kunimoto, a Senior Certified Yoga Teacher with the Yoga Association of Alberta for the past 42 years. I’m also a Certified Restorative Yoga Teacher and have my Level 1 iRest Yoga Nidra Teacher Training. I’ve been teaching yoga in Lethbridge, Alberta, Canada part-time for about 38 years. I’ve been married to my husband Dave Kunimoto for 42 years and we have two married daughters and three granddaughters.

When and how did you first encounter iRest Yoga Nidra Meditation? Why did you find the practice so powerful?

I attended my first weeklong Richard Miller iRest Yoga Nidra retreat in Calgary, Alberta, in 2007 and have attended the same retreat 11 more times since. I had been practicing mindfulness meditation and had gone to numerous retreats for about five years before that, and while it was calming me down somewhat, I couldn’t seem to get out of my head and came back from the retreats feeling very frazzled. At Richard’s retreats, for the first time, I dropped out of my head and deeply into my body and pure presence, coming home from the retreats feeling as though I was glowing for weeks.

When were you diagnosed with cancer? Tell us about the diagnosis.

I was diagnosed with acute myeloid leukemia in July 2015. Pure shock was an understatement and I was told I faced about five months of intense chemotherapy treatments away from our home with a 35% chance of survival.

Luckily for us, I was able to do the treatments in Edmonton, Alberta, where our two daughters lived so we had a home to live in surrounded by family. After the treatments, I was declared in remission in December, 2015. Unfortunately the leukemia came back in November, 2016, so I was back in Edmonton for three more months of chemotherapy and full-body radiation and then three months in Calgary, Alberta, for a donor bone marrow transplant and three months of recovery.

Describe your treatment. What were some of the major obstacles? What was a major victory?

Surviving the chemotherapy treatments (four total in 2015) was the major obstacle. The first treatment was in the hospital for a month, having two different chemotherapies flowing into my body for 24 hours a day for seven days. Because the chemo destroys all your blood cells, I survived on blood, platelet, potassium, and magnesium transfusions for the month it took for my body to build up the levels back to a normal level. My white blood cells and nutrifils (immune system) were also destroyed, so I was fighting off numerous infections and on a lot of antibiotics. I knew I could have died at any time from a transfusion rejection or infection.

After the first month, I was able to live at my daughter’s home and my husband drove me back and forth to the hospital sometimes twice a day for the following three chemotherapy treatments, transfusions and follow up each lasting a month from the first week of treatments and three weeks of healing.

When this returned in 2016, I had the same protocol in Edmonton, but it was three treatments instead of four, and then I moved to the Tom Baker Cancer Centre in Calgary for the donor bone marrow transplant and recovery, this time renting a condo for three months.

What role did iRest play in helping you manage your healing?

It’s very difficult knowing you really can’t do anything but be there for your treatments and try to rest and recover. Knowing I could practice iRest lying down everyday made me feel that I had one more tool to help me fight this disease. Not only did it give me deep rest and help my body heal more quickly, but it helped my mental state, keeping me in the present moment and much calmer than without the practice.

You have said that iRest has offered you a foundation at a time when you felt "crumbly". Can you talk more about that?

In October, 2017, seven months after my bone marrow transplant and final chemotherapy treatment, I attended Richard Miller’s retreat in Calgary. I was in remission, but was still very weak, still had very little hair, and felt very ‘broken’.

On the first night, five minutes into our first meditation, I had a vision of an old house barely standing, that started to crumble down into dust. Arising out of that dust, a beautiful, steel/gold looking house foundation came to life, looking shiny, strong and new. I really felt that iRest gave me this foundation--the practice--to get through my health issues and to grow strong and live a long full life, building a new house from the ruins.

A few nights later when Richard was giving a lecture, he said he was hoping this retreat gives everyone a good foundation to go home and continue the practice, so I shared my story of the crumbling house with the group.

What other resources have been useful to your recovery?

Besides practicing iRest daily, I did four specific Restorative Yoga postures as often as I could. I also listened to Eckhart Tolle literally on a daily basis to keep myself in a positive frame and as present as possible.

What is your daily practice like now that you are cancer-free?

For my mental and physical well-being, I still practice iRest Yoga Nidra at least five days a week and go to Richard’s yearly retreat in Alberta every October. I also walk my dog outside everyday, and practice various forms of yoga as often as possible. Although I’m not as strong and active as I once was, I still exercise (golf, play pickleball, etc) as often as I can. I’m still in remission and plan to stay that way.

The iRest Yoga Nidra practice is extremely beneficial to people going through difficult situations, but also to everyone living in these busy times. Learning how to relax and be present doesn’t come easily to most people, so I highly recommend taking classes and using all the pre-recorded meditations available to everyone as often as possible. Giving yourself this 30 minutes per day will pay huge dividends in the future.

Listen to a free meditation to build your Inner Resource. 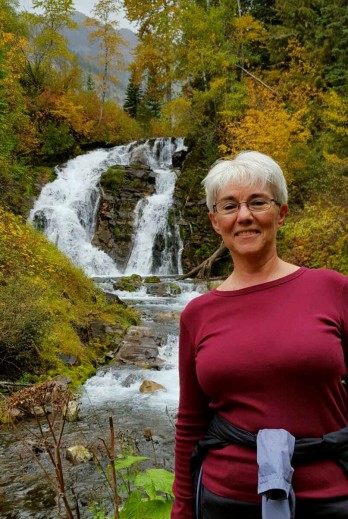 Thank you for allowing me to share my story.

I am so pleased to hear this story, in more detail now.  Such love to you, Val.  What a journey this has been, and continues to be.  It is an honour to have been "with you" through this time. 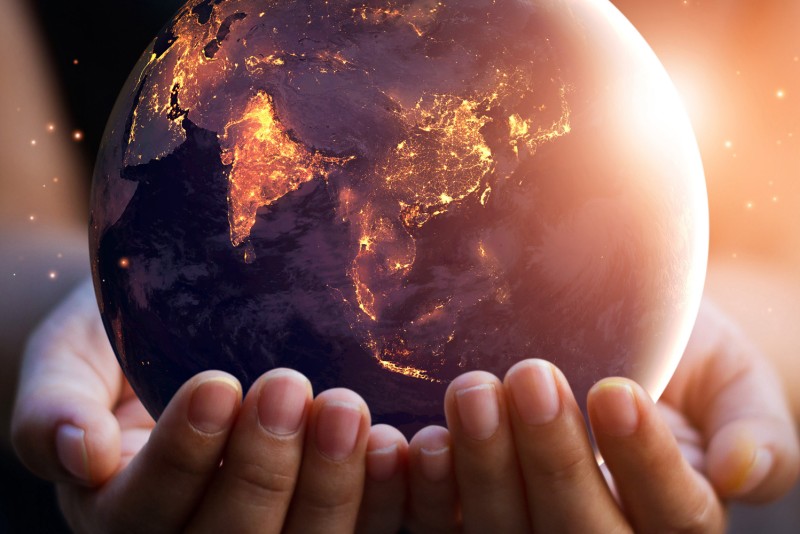 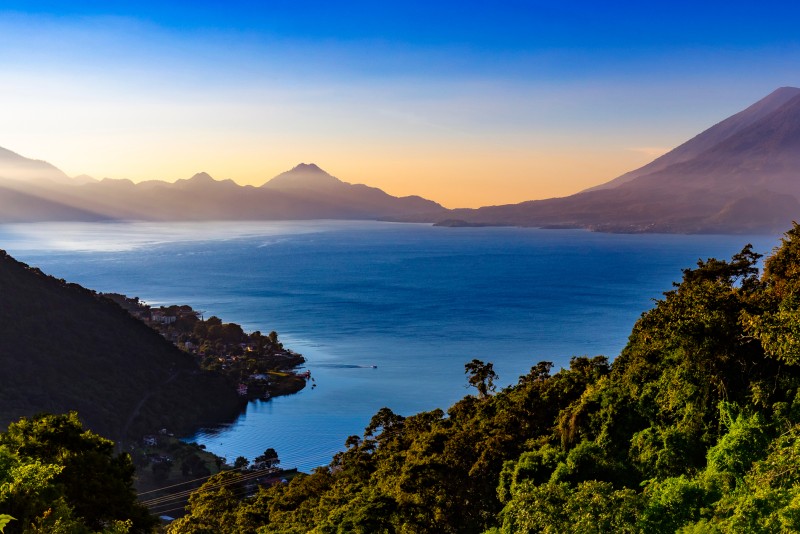 In this interview, Warren Spencer, who’s currently enrolled in iRest certification, shares some of the ways he’s felt called to share iRest within his local communities and those he’s had the privilege of visiting. 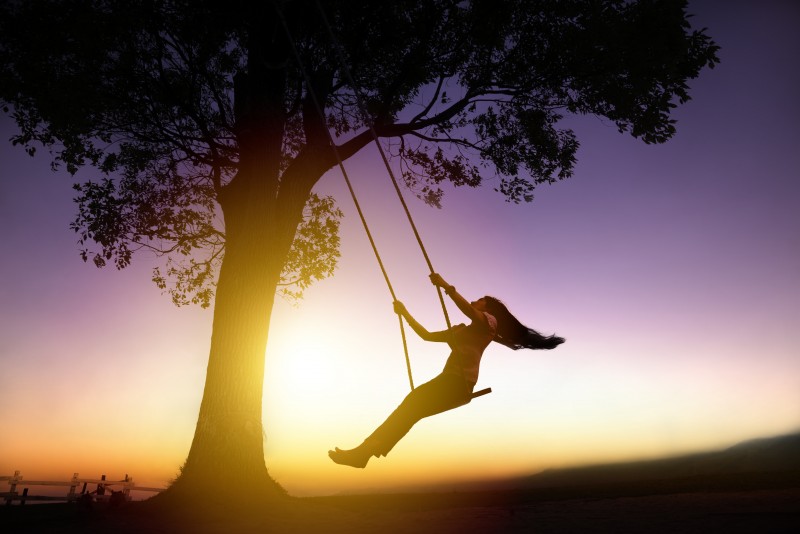