Your Donations Make a Big Impact

How an iRest Scholarship Has Helped Change Lives, by Martha D'Abruzzo

A woman, having lost several members of her family to violence in her home country, had been plagued with severe post-traumatic symptoms; unable to sleep through the night for nearly a year. Her physical and emotional pain were experienced as one, as she endured unrelenting traumatic grief. During her third iRest practice, she rested deeply enough to experience sleep and timelessness during the practice. She rose rejuvenated. The next day, she reported having slept through the night; what she described as “a miracle.” Upon concluding this practice she shared: “This is the thing I have been looking for this whole year; a way to go away from the world and be at peace.”

“The number of people forcibly displaced from their homes is the highest since World War II.”
“The need for mental health support for refugees has never been greater.” - UNHCR 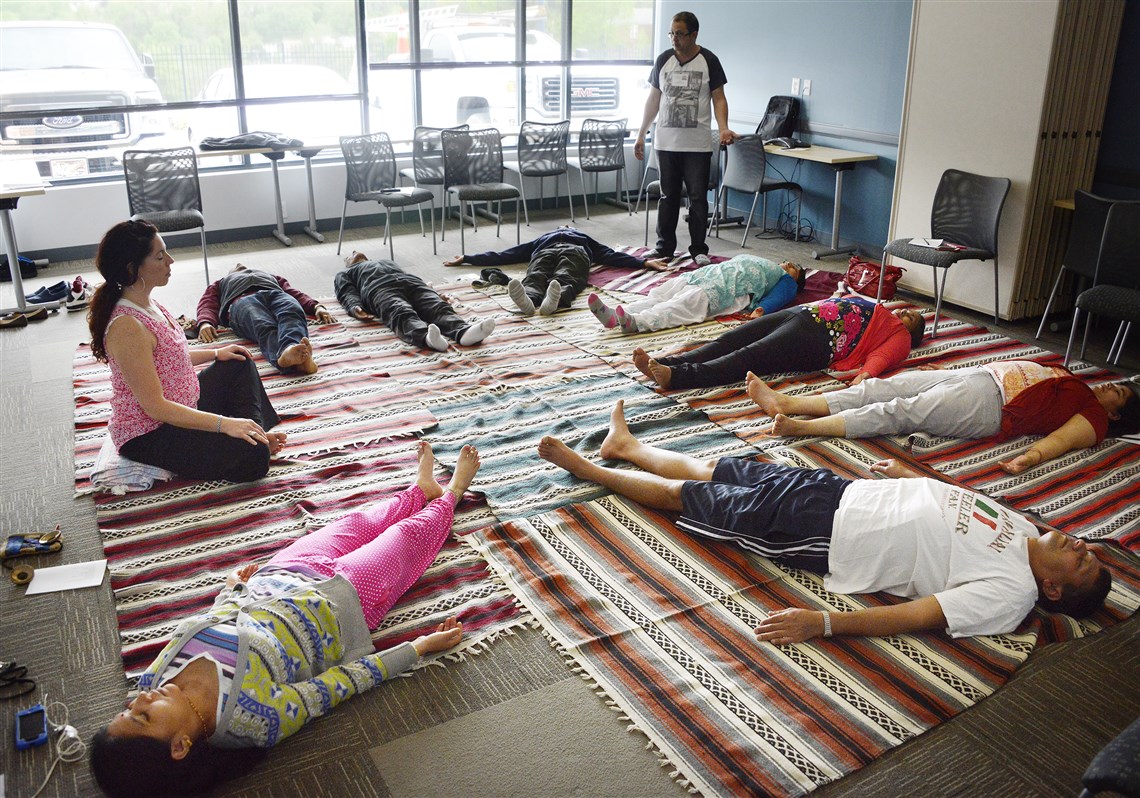 As a social worker in an integrated health center organized to serve refugees, I’ve witnessed the unique way iRest Yoga Nidra can cross bridges of language and culture, offering desperately needed relief from traumatic stress and a path to inner resilience. The following are just a few of many similar stories:

Shortly after his arrival from a country in political upheaval, I met an activist who sought asylum after threats to his life, and that of his family, were made repeatedly. He sought relief from daily panic attacks, intrusive memories of violence, constant fear for his loved ones, and insomnia. When I offered the practice of iRest, he responded as he if had been rescued from a nightmare, exclaiming: “This is exactly what I need....a way to step away from everything and let my body recover.” I was able to offer the practice in Spanish to his mother as well, who similarly responded with gratitude and curiosity stating: “This is such a profound practice.” After weeks of working together, his symptoms subsided and he was even able to resume his work toward the wellbeing of his loved ones and his country from afar.

A woman reported she had never before spoken to anyone about her inner thoughts and feelings. Marrying and starting a family was followed quickly by an intensification of violence and the destruction of her home. As she processed her story out loud, the development of her Sankalpa allowed her to step into an inner sanctuary and feel permission to explore and meet many facets of herself for the first time.

A group of older Bhutanese refugees recalled their life in Bhutan after finishing an iRest practice. Laughter ensued quickly and “gaph garnu” (the Nepali phrase meaning “to do chit chat”) filled the room. There was no longer a dynamic of facilitator and students, just a collective expression of being and a freedom to return, if for a moment, to the communal joy that was daily life in Bhutan.

As I continued this work over the past year, the desire to deepen my understanding of, and to refine my skill Level 1n applying, iRest grew. Having completed the Level 1 training several years ago, I was ready to re-engage with the community of trainers and take the next step. The cost of travel and tuition had been prohibitive, until earlier this year, when I was graciously awarded a scholarship by the iRest Institute. Thanks to that, I completed the Level 2 training with Stephanie Lopez this August, 2017.

This training exceeded my expectations in its quality and comprehensiveness. Not only did I gain deeper clarity and understanding of the practice, but I was also able to establish collaborative relationships with others doing similar work. I am now looking to expand programming of group and individual therapy work with refugee communities, using iRest as the primary offering. I am deeply grateful to offer this most exquisite of healing practices.

Give the Gift of iRest. You can continue to support & train new teachers, fund scholarships, and back clinical research. 100 percent of the money donated goes directly to support IRI programs. The iRest Institute is a non profit and needs your help to create transformative experiences for people in need.

Do something Amazing and Make a Big Difference in the world by DONATING NOW.