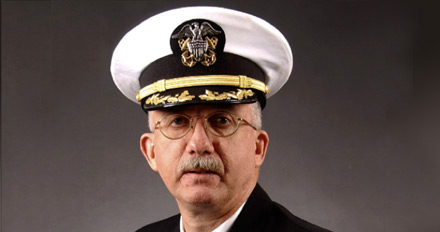 Dr. Arnold is actively teaching iRest and leading research at Camp LaJeune in North Carolina. He will also be assisting at the North Carolina Level 1 on December 2, 2016.  (This is a hyperlink to the training info/registration page)

Dr. Arnold has 28 years of uniformed service, with commissions in the United States Air Force, and the United States Navy. He completed numerous assigned active duty tours with the USCG, USMC, and the USN, as a Navy Chaplain. Dr. Arnold is a veteran of the Iraq War, and retired at the rank of Navy Captain in 2007.

Upon his retirement from active military service, Dr. Arnold initially served as the first civilian Department Head for the Deployment Health Center (DHC) (2007-2009), successfully establishing this DoD mandated DHC Program, which quickly grew to become the largest in the Navy, including a Post Deployment Health Reassessment (PDHRA) screening program, a PTSD multidisciplinary treatment team, and the Autonomic Neuropsychological Assessment Metric (ANAM) Program. During this period, the DHC completed in excess of 30,000 patient contacts.

As a scientist-practitioner specializing in body-mind-spirit therapies at the INTREPID Spirit Center, Dr. Arnold is the Principal Investigator in a Navy Medicine sponsored randomized control study (in progress) measuring the "Effectiveness of a Mindfulness-based Group Therapy (MBGT) Integrative Restoration (iRest) for Active Duty Personnel with Mild Traumatic Brain Injury (mTBI) in an Outpatient Clinic" (NHCL.2015.0010).

He looks forward to supporting the participants at the December training in Fayetteville!