BodySensing is an approach to meditation that uses the body as an entry point for coming to know our essence.  It has the potential to profoundly nourish our connection with ourselves, to open to a deep sense of calm and wellbeing and ultimately to come to the direct realization of our true nature as embodied, unitive consciousness. Richard Miller, a clinical psychologist, yoga and meditation teacher, offers the practice as a central resource for self-realization.

BodySensing, which comes from the Kashmir Non-dual tradition, has also been referred to as Yoga in the Kashmir Tradition, Non-dual Yoga or Kashmiri Yoga.

Dr. Miller learned this practice from his teacher, Jean Klein, who was a master of Advaita Vedanta and deeply influenced by Kashmir Non-dualism. These non-dual paths go beyond the dualistic view offered in Patanjali’s Yoga Sutra’s, in which the highest realization is parusha (cosmic consciousness) or the “seer”, which is eternally separate from prakriti (all of nature) or the “seen”.  Advaita offers the view that parusha and prakriti are not separate, but prakriti is “maya” (illusion) and therefor to be transcended.  Kashmir non-dualism sees that prakriti is an expression of parusha and therefor is not only to be embraced, but can be experienced as an exquisite pointer that reveals one’s non-dual nature as both parusha and prakriti at once.  This is the view expressed through BodySensing.

Miller calls the practice BodySensing as a means to differentiate it from the dualistic view of classical haṭha yoga.  It seems fitting that he unites two words to become one, just as the word yoga means to yoke or unite what seems to be separate into one whole. This non-dual practice can help to pierce through the limited perception of separation that is created by our binary brain and senses, and open to our essential oneness. 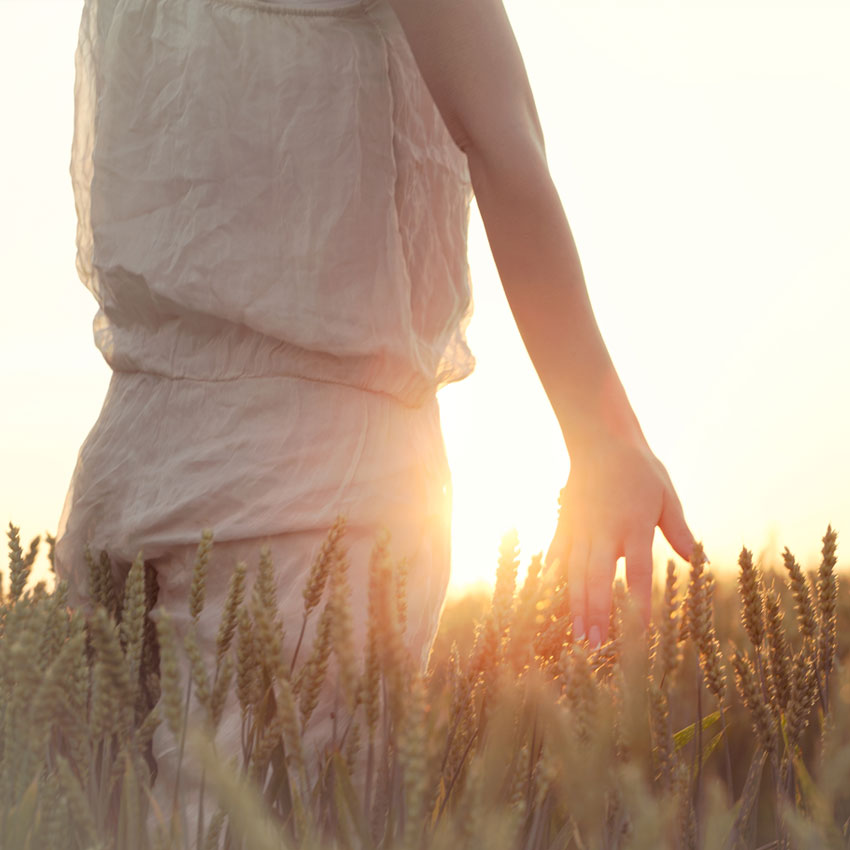 In the practice, we are invited to feel our bodies, not as a pre-conceived concept with a distinct center and periphery, but as a direct perception of pure sensation. This evokes the experience of our bodies as subtle vibration and an unlimited expanse or radiance, without boundary. At first we might be invited into this feeling inquiry with our eyes closed to help us more easily go beyond our normal manner of perceiving.  But ultimately, it can be an eyes open practice, which mimics our everyday life.

The practice can be done in stillness or in movement and has no limits as to what form the movement can take. It can be yoga asana, walking, biking, climbing, dancing, etc. In BodySensing movement, we can begin by slowing down just enough to open to an economy of effort, in order to empty out any extraneous tension. The greater the economy of movement, with less and less striving, the more one opens to the experience of “being moved” or “moving without a mover.” The intelligence of the body, which is aligned with and an expression of the intelligence of the universe, is free to express through us.

The practice of āsana can be an excellent medium for the BodySensing practice.  When we use āsana to give form to BodySensing, we are not trying to achieve a particular form. Instead, we are listening inwardly in order to enliven sensations and open to the subtle scintillations and vibrations of our own aliveness. The life force that is animating us, that is connected to every other living thing, holds a profound universal intelligence. When we attune to it, we attune with our source intelligence. Some practitioner’s with deeply held tensions and symptomology have found profound opening and healing as a result of this practice.

BodySensing can also be described as a form of Yoga Nidra meditation, in which we experience ourselves from gross levels of sensing to increasingly subtler levels, so as to point out the subtlest ground of Pure Awareness. This unchanging home ground of Pure Awareness has no characteristics and has been described as primordial emptiness, but can be more easily experienced when held in contrast to all of the other layers or kośas of changing experience.

Each of these layers can be likened to the playing of musical notes that have distinct frequencies or resonance that can be felt.  As we learn how to experience the ever-subtler layers, we can begin to orient to our home ground of Pure Awareness that has no distinct qualities, yet feels different from the subtle resonance of bliss.

What differentiates BodySensing from most forms of meditation are the somatic inquiries that point to the Awakeness that is already present, rather than something that needs to be cultivated.  Regardless of whether thoughts are present or not, wakefulness is already here.  The very act of seeking something takes you away from this truth.

BodySensing can have profound implications with our daily lives. As we become more attuned to and trusting of our body’s natural awakeness and intelligence, we come to be more spontaneous and responsive to our experiences. This might get expressed initially by speaking up for ourselves or another, when me might not have in the past, or making choices that are more authentic for ourselves, rather than over riding them for the sake of keeping the peace.

As pure awareness expresses through us, uninhibited by conditioned patterns, there is a greater sense of freedom and of Being Lived.  While their can still be a sense of self with a personality and a life story, it is enjoyed as the beauty and awakeness of life expressing itself through our unique constitution.  We become as both the pristine consciousness of Siva and the creative manifestation of Shakti in the divine dance of life.

Anne Douglas has studied BodySensing meditation with Richard Miller for over 20 years, and serves on the board of Miller’s iRest Institute.  She offers BodySensing workshops and non-dual retreats throughout Alberta and Internationally. Watch for her upcoming Alberta events in the Yoga Bridge. www.anahatayogatherapy.ca