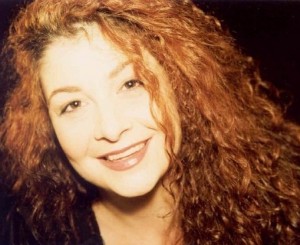 In 1985, a couple of years after high school graduation, Carol found her way out to California.As an artist, she attended California College of Arts and Crafts where she became involved in the art therapy program working with children in clinical settings in such settings as the Marindale School, Presbyterian Hospital in SF and Vincent De Paul school for boys in San Rafael. Ms. Roselle assisted children with cancer, the abused and the handicapped. Ms.Roselle also attended San Francisco Art Institute where she was studying painting and experimental sound and light with 16mm film and live productions.

In the spirit of yoga and being connected to all things, Carol often volunteers in her community. She has volunteered and assisted to organize music events for benefits where the proceeds went to In defense of Animals and other organizations. She has volunteered for PETA, The Belrose Costume Shop, Mill Valley SASM Wastewater Treatment Plant, Center Point and Helen Vine Detox Center in San Rafael, CA and the Henry Ohlhoff Recovery Program in Novato, Ca

As a graduate of Dominican University in San Rafael, CA. Ms Roselle was able to study with Buddhist scholar Philip Novak PhD and received the Academic Scholar Award for Distinguished Academic Achievement for her thesis entitled HEART AND MIND OF ENLIGHTENMENT: A STUDY OF THE BODHISATTVA IDEAL IN MAHAYANA BUDDHISM. Carol has a BA in Humanities with an emphasis in art and religion.

Ms. Roselle attended CIIS in San Francisco where she took classes in the Comparative Religious Studies Master's Program with an emphasis in Eastern Philosophy, is very interested in the Pali language and has studied with Rina Sicar.

Carol has a Master's in Holistic Health Education at JFK University with an an interest in nutrition and Somatic Education and Psychology. Ms. Roselle's final graduate project is entitled "Health Education: An Integral Path from Apathy to Service." This paper provides a model called the Invitation, which incorporates yoga nidra and elements from the Bodhisattva path as a means to cultivate compassion and empathy .

Carol is certified through Yoga Alliance 500 RYT. Carol graduated an Advanced Teacher Training program at the Bo Tree in Davis, an Eco-Friendly studio,which focuses on the harmony and connectedness of the human spirit and nature.

Exposed to many wonderful teachers and scholars, Carol is able to draw her yoga practice from many traditions, creating a spiritual practice both on and off the mat. Carol's method encompasses: Modified Ashtanga, Iyengar, Kripalu, Viniyoga, Yoga Shakti TM and Prana Yoga TM, Insight Yoga TM, Taoist Yoga and Yin Yoga.

Ms Roselle completed 5 month yoga therapy training at the Yoga Garden Studio, San Anselmo,ca.Carol was introduced to Transcendental Meditation in 1974 and has been practicing Vipassana meditation since 1995 through Spirit Rock Insight Meditation Center in Woodacre, CA, where Carol has attended silent meditation and yoga retreats.

Currently, Carol is studying and is enrolled at the California School of Herbal Studies where is learning the art of wildcrafting, plant identification, harvesting and medicine making.

Studied with Lama Palden in a 2 year Dharma program through Sukhsiddhi in Fairfax 2014-2016.