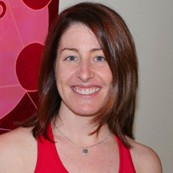 Sue began her yoga practice in 2001 in her efforts to manage syptoms of PTSD. As an attorney and an officer in the Judge Advocate General Corp (JAG) in the U.S. Army Reserves, Sue has experienced the effects of PTSD after returning home from the Gulf War in 1991 where she served as an E4 paralegal. Yoga has been instrumental in her recovery from PTSD and her ability to handle a second deployment to Kosovo in 2004. In addition to relieving such symptoms, Sue discovering spirituality, a vigorous physical workout and a clear and balanced mind. She strives to pass on the healing of yoga to her fellow veterans so that they too can find relief.

Sue graduated from Suffolk University and Suffolk Law School. She received her 200-hour yoga teacher certification from FindingInnerPeace.com and is a registered yoga teacher with the Yoga Alliance. She currently serves on the Board of Directors for the Black Yoga Lotus Project, a nonprofit organization offering yoga classes to those who suffer from PTSD, including veterans returning from Iraq, Afghanistan and Kuwait. Sue is also the owner of Charlestown Yoga located in Charlestown, Massachusetts.