A personal story – from Karen Green, Level 1 Teacher in Training

I would like to share my experience of teaching iRest to a member of the Australian Defence Force, who for the purpose of this article I will call John.

I completed my Level 1 iRest training with Fuyuko Toyota on the Gold Coast in Australia in September, 2016. I returned eager to share this with all of my students. 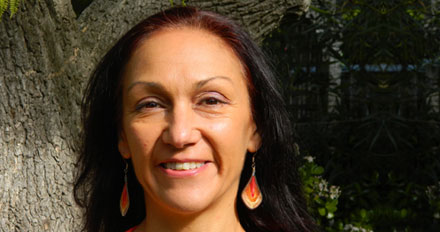 Prior to this training, I was approached to teach an older DVA veteran for private yoga classes. Contrary to my expectation, John was in fact a Special Forces soldier in his twenties, still very active in the Australian army, approaching discharge and preparing for his reintegration back into civilian life.

At our first session, John presented me with multiple issues including PTSD, chronic pain, depression, insomnia and fibromyalgia.  Physical work injuries had caused him to have past fractures requiring surgery to both legs and ongoing issues with knees, shoulders and lower back, decreased lung capacity and an inguinal hernia.  He had been suicidal in the past and was very depressed at our first meeting. He described himself at several sessions as useless, broken, frustrated and concerned about the future.

He was undertaking 30 hours a week of physical training (PT) through his work in the army, comprising cross fit, weight training, martial arts, running and fight club. Despite this, John’s goals from yoga were to engage in a strong physical practice and learn as much about yoga as possible including its spiritual aspects.

Initially he wanted to have 5 sessions per week for six weeks but this combined with his 30 hours of physical PT per week proved to be exhausting and he decided to space out the sessions to 3 or 4 per week.

As a new iRest teacher I was a little unsure on how to proceed and decided to take him through an 8 week iRest Yoga Nidra class series.

Initially he struggled to find an inner resource. Sadly he could not remember having a happy thought for 4 years and eventually chose his family dog even though this dog was not living with him at the time.

We commenced the iRest course and for the first two sessions I felt somewhat unsure as to how he was experiencing these.  One day, after an iRest session he jumped up and threw the eye bag to one side, said that it wasn’t doing him any good and that he had only stayed lying there because I had asked him to!

Again, being a new teacher, I wasn’t sure how to respond to this, so I remembered what Fuyuko Toyota and Leigh Blashki had said to me, trust the process and trust iRest! I explained that it wasn’t him, it was just that his nervous system had been under stress for some time and we were retraining and rebalancing it. I invited him to practice daily, gave him a 20 minute recording of my own to listen to and texted him every evening to remind him and encourage him to do it before bed.

He discovered practising iRest at night would help him fall asleep and he would wake-up fully refreshed shortly afterward instead of going into a normal night’s sleep. We discussed the best time of day for this practice and he decided to start his practice in mid-morning or afternoon.

December came around and he was again very depressed with work issues and it occurred to me that he might be a suicide risk in the Christmas leave period.  I was so concerned that I bought him the iRest for Healing PTSD book and the accompanying download. I asked that he do his homework while he was away!  Apart from commenting that he wouldn’t read it on the plane as it had PTSD in giant letters on the cover he was amused and he didn’t throw it back at me!

When he returned from leave he mentioned that he had kept up his practice. In our following sessions he started to fall deeply asleep and on a couple of occasions it took 5 – 10 minutes to wake him up and he began joking that I should just let him sleep for an hour or so.

I also noticed a marked change in his mood, he began to smile and to spend time chatting in my kitchen; even buying a water jug I had because he liked mine.

Shortly before his discharge from the army in April 2017, I attended a silent retreat with Richard Miller and Fuyuko Toyota and learned yogic breath exercises, which we practiced daily while on retreat.  Upon my return, I taught John the kapalabhati and nadi shodhana breath exercises.

He loved this so much that a week before leaving Perth he asked to come and see me just to do some breath practices for 30 minutes.

A few months have past since our sessions and I am delighted to say that he now has a daily asana and iRest practice!  As of a week ago, he had been discharged and since moved away but has been in contact to tell me that he is maintaining his daily practice. We are going to continue his yoga and iRest journey via Skype.